The US and Germany will send main battle tanks to Kyiv, a significant increase of western military aid that was condemned by Russia and prompted cheers throughout Ukraine.

The US will be sending 31 M1 Abrams tanks to Ukraine — or the equivalent of one Ukrainian tank battalion, senior Biden administration officials confirmed on Wednesday. Earlier in the day, Germany announced it would send 14 Leopard 2A6 tanks from stocks held by its army.

Berlin also announced plans to team up with other European countries to create two tank battalions of the German-made Leopard 2s, which equates to about 90 tanks.

Both the Abrams and the Leopard are among the best-rated modern main battle tanks in the world and Kyiv has argued it needs them to break through a front line that has barely budged in recent weeks and reconquer occupied territory. It also says it needs western tanks to deter a renewed Russian offensive that is expected in the early spring.

Are the US and Germany right to supply tanks to Ukraine or does the move risk further escalating Ukraine’s war with Russia? Tell us in our latest poll.

Five more stories in the news

2. Taiwan’s Tsai names new premier to shore up support President Tsai Ing-wen has chosen former vice-president Chen Chien-jen as her new premier, handing the soft-spoken epidemiologist responsibility for tackling an economic downturn amid sliding support for the ruling Democratic Progressive party. The DPP is seeking to stem falling support ahead of presidential and parliamentary elections next January.

3. Chinese migrant workers face crackdown over wage protests Chinese migrant workers demanding overdue wages from their employers are facing a crackdown by local governments over alleged “malicious” labour activism. More than a dozen cities across China have in recent weeks threatened to punish workers who take “extremist” measures, such as protests blocking traffic or outside government offices, to get the money they are owed.

4. Apple beefs up smartphone services Apple is taking steps to separate its mobile operating system from features offered by Google parent Alphabet, making advances in maps, search and advertising. The two Silicon Valley companies have been rivals in the smartphone market since Google acquired the Android operating system in the 2000s, which Apple co-founder Steve Jobs called “a stolen product”.

5. Murdoch scraps Fox and News Corp merger Media tycoon Rupert Murdoch has scrapped a proposal to combine Fox and News Corp after his attempt to bring the two halves of his media empire back together was resisted by shareholders. News Corp is also in advanced talks to sell its 80 per cent share of digital property group Move to rival CoStar, valued in the “low billions” of dollars.

Australia Day national holiday Australia today marks the date when Britain’s First Fleet landed in Australia in 1788. In recent years, however, there has been increased opposition to celebrating the date, which is when the era of colonisation began. (BBC News)

US economic data The US today will publish consumer spending figures along with its first estimate for gross domestic product movement in the fourth quarter. GDP is expected to have grown by 2.6 per cent in the three months to December 31, according to a Bloomberg poll of economists.

The FT will be holding its second annual Future of Business Education Series in February. This virtual one-day event will provide the opportunity for ambitious individuals looking to enhance their skill set, accelerate their careers, and discuss what life after an MBA might look like. Register today.

What else we’re reading

How will the new machine learning era affect you? ChatGPT, a query-answering and text-generating system released at the end of November, has burst into the public consciousness in a way seldom seen outside the realm of science fiction. It is the most visible of a new wave of “generative” artificial intelligence systems that can produce content to order, threatening not just jobs but a surge of misinformation.

India’s electric vehicle market glides into focus Boosted by state subsidies, some early sales of delivery vehicles and buses and paranoia among businesses and politicians about China’s high-tech dominance, a “Made in India” EV industry is starting to take shape.

China’s palace politics: Xi loyalists compete for power Chinese leader Xi Jinping will use the March lianghui — the joint sessions of China’s rubber-stamp parliament and political advisory body — to confirm a batch of appointments to critical roles. The promotions will mark the completion of Xi’s consolidation of power but also signal the emergence of a new set of factions among his acolytes and loyalists.

West grapples with dilemma over Iran nuclear talks Even as relations between Iran and the west touch new lows, US and European officials are keeping the door open to diplomacy. But that’s not because they are optimistic. Rather, it is a reflection of the limited options western powers face as they attempt to stop Iran from expanding its aggressive nuclear programme.

Slimmer profit margins are here for a while With positive news on inflation and improving growth prospects in the US and eurozone there was growing optimism among investors in consumer goods companies. But, writes Brooke Masters, Procter & Gamble was quick to throw cold water on the idea of an easy recovery.

Take a break from the news

Cult favourite Everything Everywhere All at Once has been nominated for 11 Oscars, maxing out the list for this year’s awards. Here is the full list of nominations announced in Los Angeles. 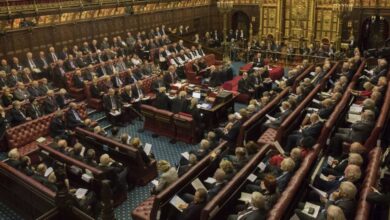 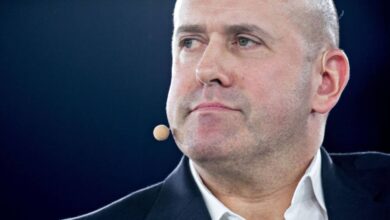 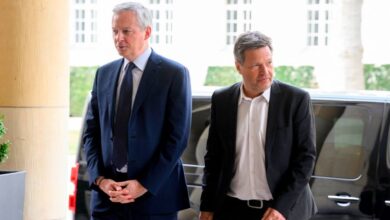 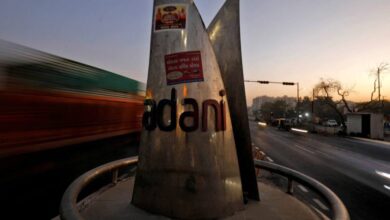 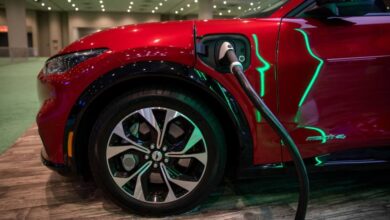 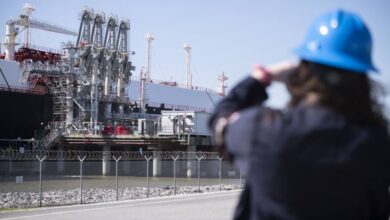