Over the past 20 years, China has risen from obscurity to become a global leader in the car parts industry.

Its growth was fuelled by European and American carmakers that farmed out the production of an increasing number of their components to China to save costs and establish links with the world’s largest car market.

But international groups have now launched a quiet yet concerted effort to cut their reliance on China’s sprawling network of components makers, according to industry executives and supply chain experts.

“There is a large-scale rethinking of logistics operations [across the industry],” said Ted Cannis, a senior executive at Ford. “The supply chain is going to be the focus of this decade.”

The move has been prompted by two developments. The first is uncertainty caused by China’s zero Covid-19 policy that forces plants to close at short notice.

“The longer the pandemic stretches, the more uncertainty there is,” Volvo Car boss Jim Rowan said earlier this year, when announcing the Geely-backed carmaker was increasing its use of non-Chinese components.

But the second is a longer-term concern about a larger political decoupling in the event of a breakdown in China’s relations with the international community, similar to Russia, that could threaten trade.

Although most international groups are unlikely to abandon the Chinese market entirely because of its size, they expect the flow of components from the country to plants across the world to fall over time.

Consequently, foreign manufacturers aim to make parts and cars inside China exclusively for use within the country.

This cuts their reliance on Chinese factories for goods sold overseas, while retaining a secure local supply chain for their own plants inside the country.

A quarter of China’s exported car parts end up in US plants at present, said a report from Sheffield Hallam University in December, which highlighted the country’s rise as a global supplier over the past two decades.

In private, car bosses draw parallels with their experience in Russia after President Vladimir Putin’s invasion of Ukraine.

Then, groups from Renault to Mercedes-Benz were forced to wind down or sell plants in Russia, while key components, such as palladium, had to be sourced elsewhere.

“I think that the [auto] world got surprised by Russia and Ukraine,” said Cannis. “The US-China relationship is more difficult than it has been previously . . . it’s a new world.”

However, the supply chain shake-up will take time as carmakers rarely switch the sourcing of components until the end of a vehicle’s life, which is about seven years.

It could also prove expensive for an industry that already operates on lean margins.

“I don’t think the sourcing is the difficulty. It’s the price that winds up changing,” said Tom Narayan, an automotive analyst at RBC.

“If everyone tries to shift to the same European or US providers, you’re limiting the supply, and the price will go up.”

Ted Mabley, supply chain consultant at PolarixPartner, said moving away from China “will be looking at a price lift for both labour and material”.

This means carmakers must make savings elsewhere, particularly with costs rising in the switch to electric, or risk becoming uncompetitive.

“If 85 per cent of the total cost of a vehicle is parts, if you don’t act on that 85 per cent, you will have no impact,” he said, and that “requires us to use low cost countries”.

China is “not the only one and not even the best”, he added, with “plenty of options” across India, Mexico, and parts of north Africa and Asia.

However, carmakers are also aiming to be more rigorous over their choice of suppliers as they focus on the resilience of the supply chain, as well as costs, to make sure it does not break down.

“It is no longer an era where cost is the major driving factor,” said Masahiro Moro, senior managing executive officer at Mazda. “Right now, robustness of our supply chain also needs to be considered to ensure the stable procurement of parts.”

Mazda said it was shifting production of some components made in China to its home market in Japan.

This is a sign that even Japanese carmakers, which tend to be less dependent on the country than their rivals in Europe or the US, have started to reduce their reliance on China-based supply chains.

The company has already asked more than 200 of its suppliers that use components made in China to stock up on inventories in case there are disruptions ahead.

Yet despite growing wariness behind boardroom doors, the industry remains reliant on sales to consumers in the Chinese market, making it hard for executives to talk openly about some of the changes.

Executives said Mazda’s reallocation was driven mainly by concerns over the reliability of supplies as a result of the Covid lockdowns.

Japan-based Honda admitted it was considering ways to cut supply chain risks, although it denied media reports that it was exploring the possibility of building cars and motorcycles with as few China-made parts as possible.

“With a series of production supply impacts due to multiple factors, including the Shanghai lockdown, we are considering various ways to hedge supply chain risks. However, we are not specifically considering a scenario of decoupling in China,” the company said.

Both Ford and General Motors have been proactively shifting parts out of the country for their US factories for more than a year, according to several people.

GM said: “Most of the parts we use in North America are already sourced in North America, and supply chain challenges over the past few years have reinforced the value of the resilience of our sourcing.”

The company added that “most of our sourcing in China is for production in China”, and “we plan to continue this approach”.

The three are so deeply embedded in China that, alongside German chemicals group BASF, they accounted for a third of all European direct investment between 2018 and 2021.

“The Germans are so tethered to China, not only for sourcing but on the customer side too,” said RBC’s Narayan. “That is actually right now the biggest risk that investors are looking at.”

However, Jörg Burzer, head of supply chains at Mercedes-Benz, stressed any changes to the company’s sourcing of parts were not driven by political concerns.

It is “not about China or the US”, but “about the best set-up of the supply chain and the operations”, he told the Financial Times Global Boardroom summit in December.

“Obviously, we look at the sources which are nearby, which could also be from European suppliers or US suppliers or Mexican suppliers,” he added, stressing it was not about the nationality of a supplier. 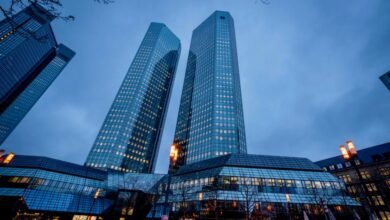 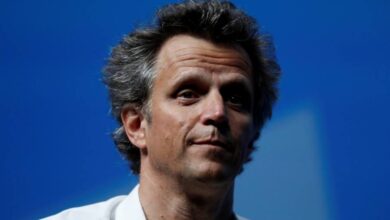 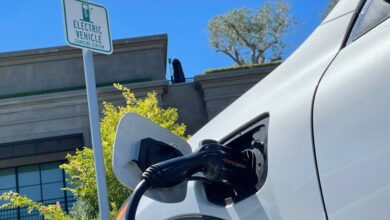 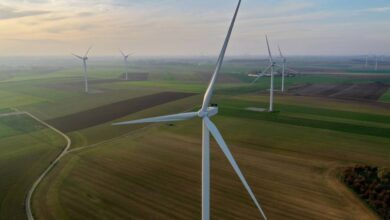 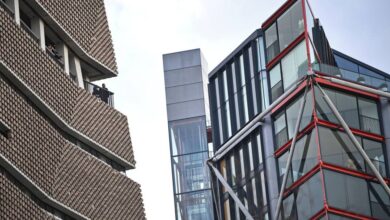