On December 27, Bitcoin price prediction stays neutral during the Asian session as BTC is maintaining a narrow range of $16,800 to $17000. Similarly, Ethereum has stayed relatively stable at $1,223. The global crypto market cap gained 0.14% to $813.38 billion in the previous day, as major cryptocurrencies traded in the green early on December 27.

The entire cryptocurrency market volume in the last 24 hours is $22.05 billion, a 0.30 percent fall. DeFi’s total volume is currently $1.67 billion, accounting for 7.57 percent of the overall crypto market 24-hour volume.

The overall volume of all stablecoins is now $20.10 billion, accounting for 91.14% of the total 24-hour volume of the crypto market.

On Christmas Eve in Texas, Bitcoin’s total hash rate dropped to 170 exahash per second (EH/s), which hurt the world’s largest cryptocurrency. Bitcoin miners cut their hash power due to harsh winter weather. By Sunday noon, 100 exahashes disconnected from the network and rejoined at 170 EH/s to 240 EH/s.

According to a Bitcoin.com report, Texas-based bitcoin miners have stopped working due to the cold. Dennis Porter, a Bitcoin enthusiast, shared a text message from a company that engages in mining activities.

He claims that the Fort Stockton location of Lancium, a Bitcoin company, was closed down. It was done to increase the grid’s power supply.

According to Bitcoin Magazine, Brazilian President Jair Bolsonaro signed a bill into law that establishes a legal framework for the trade and use of bitcoin in the country. Congress passed the bill with no changes, and President Bolsonaro signed it into law.

The new regulations regard bitcoin currency as both an investment asset and a digital representation of value in South America.

Therefore, this was seen as positive news that could help the BTC prices to regain some ground.

Regardless of the fact that the RSI and MACD are both in the positive purchase zone, the 50-day moving average is dragging Bitcoin down.

Keep an eye on today’s $17,000 price, which is expected to be a watershed moment in Bitcoin’s history.

Ethereum’s current price is $1,223, with a $4 billion 24-hour trading volume. In the last 24 hours, Ethereum has gained nearly 0.25%, and CoinMarketCap currently ranks second, with a live market cap of $149 billion.

Ethereum has been battling below $1,225 on the 4-hour chart, and the closing bullish engulfing candle above the 50-day moving average implies a potential for an uptrend continuation.

Despite the overall decline in the cryptocurrency market, only a few coins have gained traction.

FightOut (FGHT) platform works similarly to a personal trainer, except that the FGHT token is proactively rewarded for exercise time. All activities are recorded and can be used to improve the statistics of one’s metaverse avatar. The ability to earn FGHT tokens adds an extra incentive for people to stay healthy and exercise while reaping the benefits of blockchain technology.

Despite the general lack of liquidity in the cryptocurrency market, FightOut has succeeded and attracted investors. Through its token sale, which began last week, it has already raised more than $2.4 million.

The current selling price is 60.06 FGHT for $1 (FGHT can be purchased with ETH or USDT), but this will increase as the sale progresses.

Dash 2 Trade is yet another Ethereum-based platform that, when it launches early next year, will provide real-time statistics and social trading data. Trading signals, on-chain analytics, strategy-building tools, and newsfeeds will be among the first features, assisting both novice and professional traders in staying on top of the volatile bitcoin market.

There are only 10 days left to invest in Dash 2 Trade, one of 2022’s largest ICOs, as it raises $10.8 million and prepares to launch its dashboard beta. Over the last two months, investors have purchased 80% of the D2T token allocation, and the presale is still in full swing.

C+Charge (CCHG) is a Binance Chain-based peer-to-peer payment system for electric vehicle (EV) charging stations. Its goal is to increase access to carbon credits by rewarding customers who charge their electric vehicles at its terminals, which is set to begin in the second quarter of next year.

The platform has already signed a deal with Perfect Solutions Turkey to add 20% of Turkey’s EV chargers to its network, demonstrating how quickly it could expand. 1 CCHG costs $0.013, and it can be purchased with BNB or USDT. 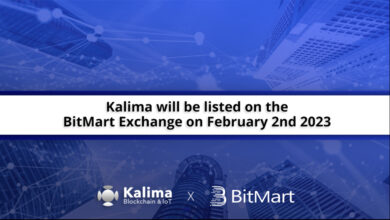 Kalima Blockchain, an established Blockchain for Enterprise and IoT, KLX to be listed on BitMart February 2nd 2023 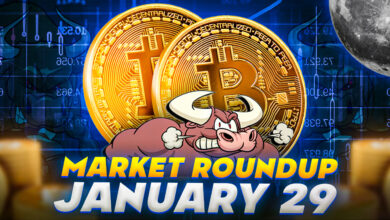 Bitcoin Price Prediction as Bulls Push BTC Above $23,000 – How High Can BTC Go? 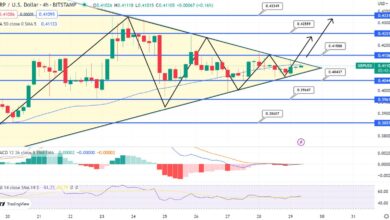 XRP Price Prediction – Can XRP Go to $5 This Year? 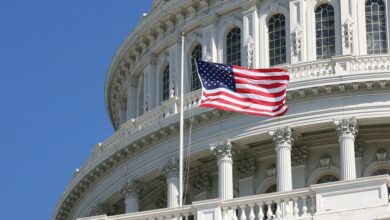 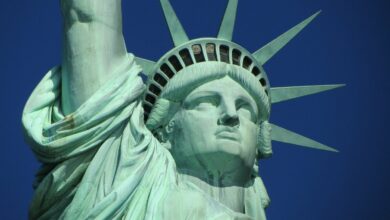 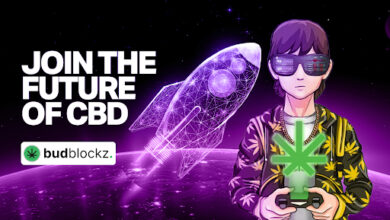 Forget CryptoPunks And Invisible Friends; Ganja Guruz Is The Next Big NFT Collection That You Can’t Afford to Miss