BMW has been making Clubsport models since the E9 era to denote the next best thing after the CSL. After the previous-gen M3 received the CS treatment in late 2017 with more power and less weight, its successor is breaking cover today following the same recipe. Much like the F80 model, it too is sold only with an automatic transmission, but there is a key difference. The new M3 CS has xDrive (with selectable RWD) whereas its predecessor had RWD.

The engineers from BMW M have massaged the twin-turbo, 3.0-liter “S58” engine to unlock 543 horsepower and perfectly match the RWD-only M4 CSL. It’s not the most potent inline-six in the company’s history as the ultra-rare 3.0 CSL is even stronger, at 553 hp. The peak torque of 479 pound-feet (650 Newton-meters) is unchanged compared to the M3 Competition xDrive upon which the CS is based.

Aside from packing an extra 40 horses, the M3 CS loses approximately 75 pounds (34 kilograms) courtesy of a carbon fiber-reinforced plastic diet. CFRP has been used by BMW for the hood, front splitter, air intakes, side mirror caps, rear diffuser, and trunk lid spoiler. The roof is also made from the same lightweight yet durable material, and so are the shift paddles on the inside where the center console and trim strips are CFRP as well.

The diet also comprises a titanium rear silencer and a pair of front bucket seats with a carbon shell. In addition, we’re noticing the rear air vents and controls have been removed in a quest to shave off precious pounds. The M4 CSL went a step further by doing away with the back seats, but that obviously wouldn’t have made sense on a four-door car. That said, it’s been done in recent years as Jaguar sold the wild XE SV Project 8 in a two-seat configuration. Both the previous-gen M3 CS and the larger M5 CS had rear seats, although the latter did away with the bench to make room for two individual seats with greater lateral support.

Courtesy of the added oomph, the M3 CS sprints to 60 mph (96 km/h) from a standstill in 3.2 seconds or two-tenths of a second sooner than the Competition xDrive. The M Driver’s Package is included as standard to enable the speedy sedan to reach an electronically governed 188 mph (303 km/h).

The styling is controversial, and we’re not necessarily talking about the enormous pair of kidneys. Finished in striking Signal Green paint from the Individual catalog, the M3 CS has yellow daytime running lights to echo the M4 CSL, M5 CS, and race cars. Much like the hardcore coupe, the grille’s contour is finished in red while the front bumper has been largely carried over. Moreover, the exposed carbon fiber sections of the hood mirror the M4 CSL.

Customers are not stuck with this green paint as BMW will also be selling the super sedan in Black Sapphire and Brooklyn Grey metallic paints together with a Frozen Solid White Individual color. Inside, the electric and heated front seats have illuminated “CS” logos and Merino leather with Mugello red accents. Rounding off the tweaks are door sill plates with the “M3 CS” badge, an Alcantara-wrapped steering wheel, and the famous M colors adorning the seatbelts.

Although it’s the highest-performing M3 to date, BMW still charges you extra for carbon ceramic brakes as the standard car comes with the usual compound brakes. Measuring 275/35 ZR19 front and 285/30 ZR20 rear, the Michelin Pilot Sport Cup 2 tires are a no-cost option for the forged wheels available in matte black or gold bronze.

BMW says it will build the M3 CS in “limited numbers,” but without revealing an exact number. Logic tells us it’ll be less exclusive than the M4 CSL of which just 1,000 units are being built for the entire world. Priced from $118,700 (plus $995 destination and handling), the sporty sedan in US specification will enter production at the Munich plant in March. 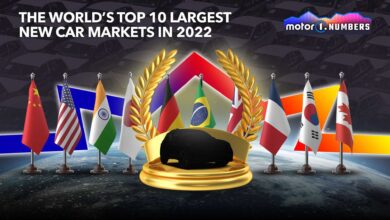 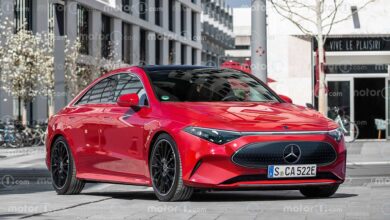 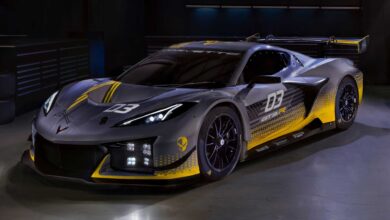 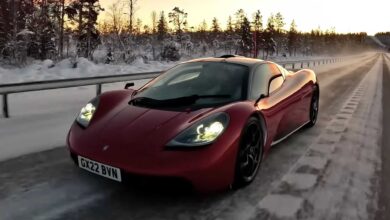 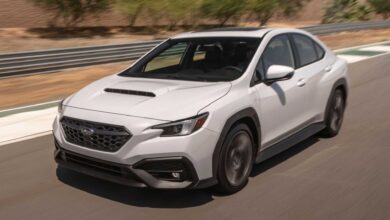 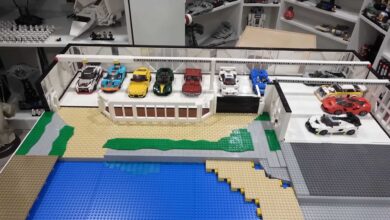