I don’t know what set her off, the white woman screaming at me from behind the wheel of her Texas-sized SUV. We were in the parking lot of a T-Mobile on an otherwise unremarkable Friday afternoon.

Each punch of her car horn jostled me closer to a “crash,” the general term for symptom flares caused by exertion in patients with myaglic encephalomyelitis/chronic fatigue syndrome, or ME/CFS.

The experience differs from patient to patient, but for me, physical and emotional stress provoke muscle weakness, lightheadedness, cognitive difficulty and days of full-body aches, crushing fatigue and digestive dysfunction. My sight and hearing also become hypersensitive, so that each glimmer of light is a bonfire. This woman’s voice was a bludgeon.

Because there is no cure or approved treatment for ME/CFS, medical care centers on symptom management. I’m supposed to practice “pacing” so that I never exceed my energy capacity ― instructions that are much easier in concept than practice.

I can plan my day meticulously, but there are too many factors beyond my control: writing deadlines, class prep and grading, drug shortages and strangers in parking lots burning through the last of my emotional reserve.

As I understood it, this woman had been backing out of a parking spot. I was pulling in beside her. We were the only two moving in the lot, and I had stopped to give her enough space to leave. There was no danger, no urgency.

Our eyes met for a beat before she erupted into her tirade. As I finished parking, she stopped her vehicle diagonally across the one exit lane, directly behind my car. By the time I stepped onto the pavement, she had already rolled down her window. She leaned the top half of her body outside the car, both hands raised to flip me off.

“Is it because you’re so small?” she yelled.

Her question was so unexpected. When I paused, she repeated herself in the dull staccato some people use when they think you don’t understand English: “Is. It. Because. You’re. So. Small? You dumb fuck. Is that why you’re such a bad driver? Is it because you’re fucking tiny?”

I’m Taiwanese American, transmasculine, 5’2” and 12 years into an illness that stripped 40 pounds from me in three months. By many standards, I am “fucking tiny.”

“For a moment, I saw myself through the lens of her words: as weak, passive and a receptacle for her own bad feelings. I hate the upswell of memories that spill into this afternoon — every time I have looked like an easy target.”

I hate the lifetime of racism, transphobia and ableism that she summoned for me. For a moment, I saw myself through the lens of her words: as weak, passive and a receptacle for her own bad feelings.

I hate the upswell of memories that spill into this afternoon — every time I have looked like an easy target. Every time I have hated that about myself. I am reminded of all the ways I have tried to beat this body into folded steel. Into something that cuts.

If I matched her tone, I would fulfill the role she had laid out for me. I would become the menace in the story of her victimization. Her cell phone camera ― this technology that has enabled people of color to document racist violence ― now served as her protection. She had dumped her resentment into me and was forcing me to hold it.

I quietly gathered my things from my car. When it became apparent that I wasn’t following her script, she dropped the phone and continued shouting. By now, though, another car barricaded into the lot by her SUV had begun honking at her.

I had to ask, “Does this make you feel better?”

She yelled, “Yes!” as she pulled away.

I want to believe that it doesn’t work; that you can’t just displace your acrimony onto others. But I know this experience too well. The ordinariness feels especially sinister — the certainty that someone else will mistake me for a punching bag on another bad afternoon. That she and many others will continue channeling their frustrations into someone else’s pain.

In 2020, as businesses closed against the emerging threat of COVID-19, I was in the crosswalk of a Target when a half-empty water bottle arced past my head. It missed me by enough that I wasn’t certain what had happened until I heard “China virus”— the words then-President Donald Trump used to deflect blame for the global pandemic ― hurled out of the gaping window of a retreating hatchback.

In the United States, where a long history of xenophobia encourages the general conflation of all Asian peoples, those who appear East Asian became easy outlets for a country’s unmanaged angst.

In a Sam’s Club in west Texas in March 2020, Jose Gomez III attacked a Burmese family, believing them to be Chinese. Gomez wrapped a steak knife around his knuckles and punched the father across the face before stabbing the six-year-old son.

Gomez later admitted that he was trying to kill the child, whom he held responsible for the COVID-19 pandemic. I could not stop thinking of the photos of the boy, whose face was split open from his eye to the back of his skull. He looked like my cousins, like my childhood friends, like he could have been me.

In August 2022, Gomez was sentenced to 25 years in prison. If he served his full sentence, he would be 46 upon release, having spent over half his life incarcerated. I cannot imagine that anyone could emerge from 25 years of confinement and probable abuse without more mistrust.

It has been three years since Stop AAPI Hate began tracking the escalation of anti-Asian violence. In that same time, anti-trans and anti-queer attacks also pervaded state legislatures, media and everyday lives.

On this year’s Transgender Day of Remembrance, a shooter carried an AR-15 into an LGBTQ club in Colorado Springs and opened fire, killing five and wounding at least nineteen others in a harrowing echo of the 2016 Pulse Nightclub massacre. These attacks on LGBTQ “safe havens” are inseparable from a political climate openly hostile toward transgender and queer people.

I sometimes wonder what it would be like to live without others hating me for breathing. More often, I wonder how few people get that luxury. I wonder about the lasting damage when one person’s suffering becomes another’s burden.

I am fortunate in that my ME/CFS is milder than most cases. For me, the experience is like a bad cyclic flu infection or chronic mononucleosis, which is one of the leading theories of the disease.

My adrenaline carried me through the parking lot confrontation, my errand and back home before I collapsed. That’s the surrealness of chronic illness — that you can know, viscerally, the fragility of your own body while also being awed by its perseverance.

Over the next few days, I experienced a familiar pattern of symptoms. My temperature rose and my head, muscles and stomach ached. My thoughts moved at a crawl and my body even slower.

While watching my body metabolize this woman’s anger, I saw how this experience replicated broader social patterns — other destructive loops. Public suffering has always found scapegoats in marginalized communities.

The vilification of Asian Americans following COVID-19 echoed much earlier associations of Chinese migrants with pestilence. Cold War anxieties about national security inspired the homophobic persecution of gays and lesbians. The antisemitism now being mainstreamed by celebrities and politicians builds from old conspiracy theories about Jewish power and control.

History has exposed not only the lies behind these theories but also their lasting damage. LGBTQ public servants did not destroy the U.S. government, but many lost their jobs or their lives. Meanwhile, antisemitic scapegoating has fueled white nationalist movements past and present.

Likewise, xenophobia and anti-migration policies did not stem the tide of COVID-19 or the rising crisis of long COVID, but they did encourage an escalation of hate crimes. Stigmatizing migrants as disease carriers distracted from the public health failures created by U.S. policies and attitudes. It also failed to acknowledge that migrants composed a disproportionate number of essential workers.

Displacing blame onto already-marginalized others only multiplied suffering.

It would have been easier to think of my parking lot incident as just an interpersonal conflict — to think that I had an unlucky afternoon ruined by a bad encounter. This story, though, is bigger than me and an angry stranger. We cannot afford to keep normalizing these cycles of blame, which at best just redistribute suffering. We need responses to pain that are not about inflicting more harm, but about genuine healing.

V. Jo Hsu is an assistant professor of Rhetoric & Writing at the University of Texas at Austin, a Public Voices Fellow of the OpEd Project, and the author of “Constellating Home: Trans and Queer Asian American Rhetorics.” Find more about them at www.vjohsu.com.

Do you have a compelling personal story you’d like to see published on HuffPost? Find out what we’re looking for here and send us a pitch. 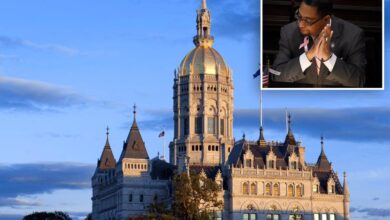 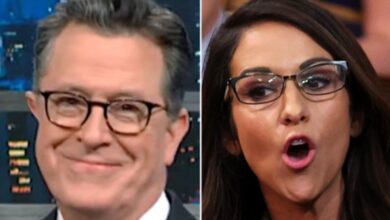 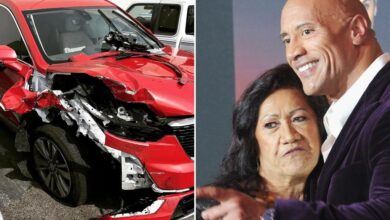 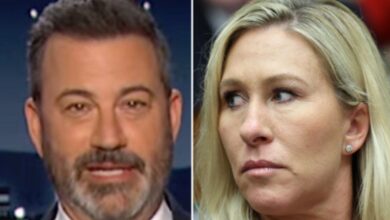 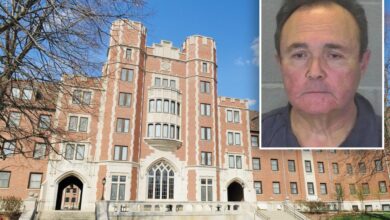