Sleeping on airport benches and the floor while feeling abandoned by airlines at Vancouver International Airport (YVR) is not how Caroljoy Green expected to spend Christmas Day.

She and her husband Scott managed to make it from Ontario to Vancouver on their way home to Prince George, but say Air Canada left them with lumps of coal the entire way.

The couple spent five hours on the tarmac in Toronto because there was no ground crew to load their luggage. Once they made it to Vancouver, they stood in line for hours to figure out what happened to their luggage and rebook their flight to Prince George. The earliest available flight leaves on Wednesday.

“There’s some basic communication missing. There are long lines and you have no idea what people are lining up for,” Caroljoy said. “I stood in a baggage line that looked shorter only to realize halfway down there was a sign that said priority. So I moved to the end of the long one, only to get up close two hours later and they said ‘oh priority to us’ … So not Air Canada’s finest hour.”

While the airport passed out free water and snacks, Scott says they felt abandoned by Air Canada.

They are among many airline passengers still dealing with the aftermath of last week’s winter storms that resulted in hundreds of flight cancellations and delays across North America.

The airport was working at 93 per cent, according to YVR spokesperson Alyssa Smith, and more than 30 flights were cancelled due to weather events across Canada and the U.S.

“We’ve enacted so many things throughout the terminal here to try to make them as comfortable as possible while they’re waiting for their flights. So things like providing hotel rooms, providing restaurant vouchers.” Smith said, adding the airport is taking the situation on a day-by-day basis and working with airlines to get passengers rebooked.

However, other passengers say rebooking has been a struggle.

“I got a ticket online but it’s false,” said Teresa Serenith, who is also stuck at the Vancouver airport. “They said it doesn’t count. It’s overbooked already.”

With snowy weather in eastern Canada, YVR says it could be days until all the flights are rebooked and back on schedule.

In the meantime, Caroljoy says she and her husband will try to stay with friends until their Wednesday flight.

“I’m kind of identifying with Mary and Joseph’s journey on Christmas Day. Things didn’t go the way they planned and I’m realizing it could be way worse. So we’ll make the best of it.” 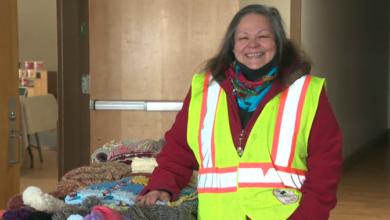 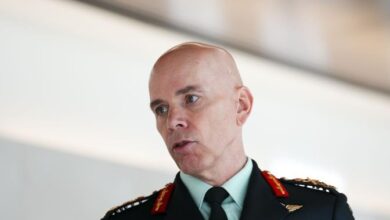 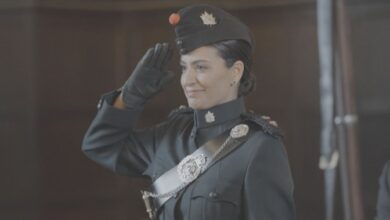 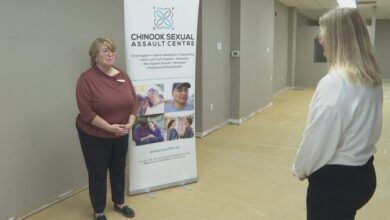 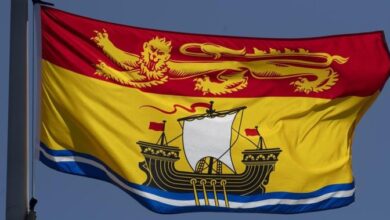 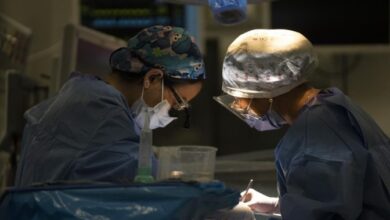