Several busloads of migrants were dropped off in front of Vice President Kamala Harris’ residence in Washington, DC, on Christmas Eve in 18 degree weather late Saturday.

An initial two busloads were taken to local shelters, according to an administration official. More buses arrived outside the vice president’s residence later Saturday evening. A CNN team saw migrants being dropped off, with some migrants wearing only T-shirts in the freezing weather. They were given blankets and put on another bus that went to a local church.

Amy Fischer, a volunteer with the Migrant Solidarity Mutual Aid Network, which has been receiving migrants sent to DC since the spring, said the organization had been prepared for Saturday night’s arrivals, having been informed about it earlier by an NGO working at the border in Texas.

The arrivals included asylum seekers from Ecuador, Cuba, Nicaragua, Venezuela, Peru and Colombia, according to Fischer, who told CNN the buses were supposed to go to New York but were diverted to DC due to the weather. Busloads of migrants have been arriving in Washington weekly since April.

SAMU First Response, a nonprofit that has been assisting migrants since the buses began coming to Washington earlier this year, was also on the ground Saturday night helping arrivals.

“The DC community has been welcoming buses from Texas anytime they’ve come since April. Christmas Eve and freezing cold weather is no different,” Fischer said. “We are always here welcoming folks with open arms.”

It’s not clear who is responsible for sending the migrants to the Naval Observatory, where the vice president’s residence is located, though CNN reported earlier this year that Texas Gov. Greg Abbott had sent buses of migrants north, including to a location outside Harris’ home. CNN has reached out to Abbott’s office for comment on the latest arrivals.

Migrant tells CNN what he was promised to get on plane

The White House, however, put the blame on the Texas governor, calling it a “cruel, dangerous, and shameful stunt.”

“Governor Abbott abandoned children on the side of the road in below freezing temperatures on Christmas Eve without coordinating with any Federal or local authorities,” White House spokesperson Abdullah Hasan said in a statement.

“As we have repeatedly said, we are willing to work with anyone – Republican or Democrat alike – on real solutions, like the comprehensive immigration reform and border security measures President Biden sent to Congress on his first day in office, but these political games accomplish nothing and only put lives in danger,” Hasan said.

Abbott is one of at least three Republican governors who have taken credit for busing or flying migrants north this year to protest the Biden administration’s immigration policies. He previously confirmed in September that his state had sent the buses to Harris’ residence at that time.

CORRECTION: An earlier version of this story misidentified the person who spoke about her group being prepared for the migrant arrivals. It was Amy Fischer, a volunteer with the Migrant Solidarity Mutual Aid Network.

This story has been updated with additional information. 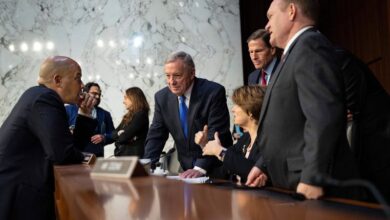 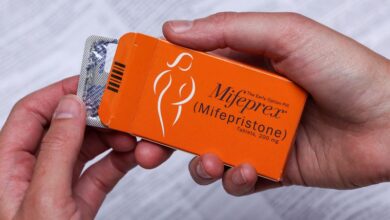 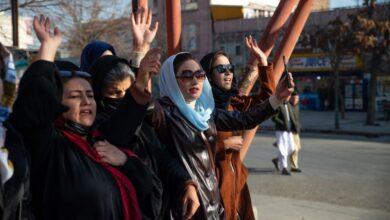 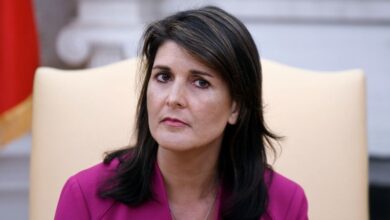