One of the most active fighters in boxing, Canelo Alvarez doesn’t appear to be stepping away from the ring soon. That doesn’t mean he can’t benefit from his successful career.

The undisputed super-middleweight champion, born in Guadalajara, Mexico, was recently honored with a statue in Juanacatlan, in Jalisco. The bronze statue was designed by plastic artist Sigifredo Islas.

“It’s a great honor for me to be recognized in the place that watched me grow up and made me the person I am today,” Canelo stated on Instagram. “Thanks to the government of Juanacatlan for this recognition and to all the people who attended.”

Canelo made his pro debut in 2005. A four-division champion, Canelo has beaten a who’s who of fighters, including Shane Mosley, Josesito Lopez, Miguel Cotto, and Amir Khan. After losing to Floyd Mayweather in 2013, Canelo has gone 16-1-1. Canelo unified the super-middleweight division in just 11 months.

Canelo is currently recovering from left wrist surgery. He is expected back in the ring in May 2023. Fights he could potentially have include a rematch with Bivol, or clashes with David Benavidez or John Ryder.

“I feel very proud, it is an honor for me. Thanks to everyone who made it possible and to my family who is always supporting me,” Canelo stated at the ceremony, via Marca. “One day, I was like you, here in Juanacatlan, with many dreams of being someone, of getting ahead, of getting my family ahead, and if I got ahead, you can too, it’s just a matter of discipline.” 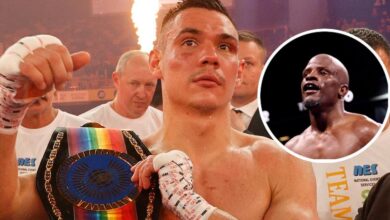 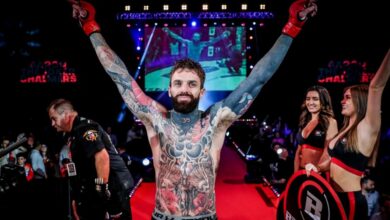