For LIV Golf players, payday is once a month, but it’s well worth the wait. With big-money purses going out to the field of 48 — and the 12 teams of four — LIV keeps the cash flow going as their momentum keeps rolling.

As it turns out, Joaquin Niemann and Anirban Lahiri, both making their LIV Golf debuts, made out pretty well themselves, taking prize checks worth nearly $2 million after tying for second place.

Interestingly enough, Phil Mickelson, Bryson DeChambeau and other of LIV’s biggest gets haven’t landed on the top step of the podium yet. Joining Johnson to win a tournament are Henrik Stenson, Charl Schwartzel and Branden Grace.

The next LIV event in suburban Chicago is more of the same: The top winner takes home a prize bigger than any golf major tournament event, while even its teams take home a pretty penny for staying in the fight.

MORE: Everything you need to know about LIV Golf’s complete field

Here’s what you know to this weekend’s prize money in Illinois:

Each of the eight LIV Golf Invitational events this year have a minimum purse of $25 million — $20 million of that is devoted to the individual golfers.

The remaining $5 million is spread amongst the top three teams.

How much does the winner get?

The winner of this weekend’s event in Sugar Grove, Ill. takes home a total of $4 million, which is consistent with the top prize for the other tournaments.

As is the case with all LIV Golf events, the top winner gets a $4 million payout.

If two players tie for a position, then the money among the tied positions will be added and divided evenly among players who tie.

If two players are tied for second, then they will combine the second- and third-place finishes and divide them among two players, good for $1,812,500 apiece. This happened at LIV Golf Boston, with Anirban Lahiri and Joaquin Niemann landing in second place

Here’s how the projected payout breaks down for this weekend:

In addition to the individual payouts, the top-ranked team in the tournament will take home $3 million, second place earns $1,500,000 and third place gets $500,000. 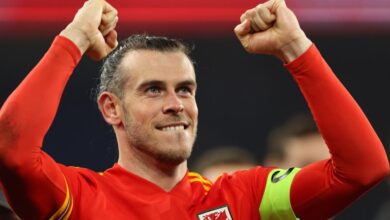