After losing five of its last seven games, Boston rose to the occasion on Christmas Day to pull away for a convincing 139-118 win over Milwaukee. With a few stars in action, the night was mostly about Jayson Tatum, who finished with 41 points (on 14-of-22 shooting), including a 20-point third quarter, which is when the Celtics created some distance. Jaylen Brown scored 29 points on the game as well.

Boston’s defense did its job limiting Giannis Antetokounmpo, who did manage to finish with 27 points but did so on 9-of-22 shooting from the field. Jrue Holiday added 23 points and Brook Lopez scored 16 points, but overall, the Celtics had their way offensively.

139 points is a new season high for Boston, which has enjoyed a stellar offense all season. The Celtics shot 19-of-39 from beyond the arc — Tatum, Al Horford and Grant Williams each drained 3 triples and Brown sank five.

The Sporting News tracked live scoring updates from the Celtics vs. Bucks on Christmas Day. If you missed any action, we’ve got you covered with the best highlights below.

Down 19, the night ends for Giannis Antetokounmpo, who finishes the game with 27 points on 9-of-22 shooting.

Jayson Tatum finishes his night with 41 points, the second-most ever scored by a Celtic on Christmas.

Jaylen Brown exits with 29 points as the duo combines for 70 points on 25-of-41 shooting.

The Celtics’ lead is up to 16 points with just over four minutes remaining and Jayson Tatum has a game-high 41 points on 14-of-22 shooting. Tatum’s four points away from tying Tom Heinsohn’s franchise record for points on Christmas Day.

Tatum puts his stamp on the game and is up to 39 points on 13-of-21 shooting to go along with six rebounds and five assists. He’s also a perfect 10 of 10 from the free throw line.

Boston outscores Milwaukee by 13 points in the quarter to take a 14-point lead into the final frame.

He’s doing it at all three levels, rebounding and has dished out four assists.

Giannis Antetokounmpo is finding some rhythm and now has 16 points on 6-of-17 shooting. Boston’s defense is doing its job of keeping Antetokounmpo out of the paint, forcing him to opt for mid-range jumpers and 3s. He’s missed all four of his 3-point attempts.

Celtics 89, Bucks 80 with three minutes remaining in the third.

6:45 p.m. — About four-and-a-half minutes into the second half, Boston’s back up seven.

Jayson Tatum is up to 24 points on 8-of-14 shooting to go along with five rebounds and three assists.

Giannis Antetokounmpo, on the other hand, is struggling from the field. He’s now 5 of 15 from the field for 12 points to go along with eight rebounds.

6:21 p.m.  — The first half was the heavyweight battle we all expected.

Jayson Tatum has 19 points, Jaylen Brown has 15 points, and the two have combined to shoot 12 of 21 from the field.

For Milwaukee, Giannis Antetokounmpo has 11 points on 5-of-12 shooting but it’s been the play of Jrue Holiday and Brook Lopez that’s stood out. Holiday has scored a team-high 13 points on 5-of-6 shooting while Lopez has 12 points on perfect 5-of-5 shooting.

We should be in for a battle in the second half.

Giannis Antetokounmpo has 11 points on 5-of-12 shooting to go along with seven rebounds.

The stars are shining brightly.

6:03 p.m. — We marveled at a missed dunk attempt in the first frame, now marvel at a mean dunk by Jayson Tatum over Giannis Antetokounmpo.

5:58 p.m. — Giannis Antetokounmpo has got the jumper going this evening. He gets into double figures with another shot from the mid-range.

Antetokounmpo’s up to 11 points on the game, including 5-of-9 shooting from the field.

5:40 p.m. — At the end of one, the Celtics hold an eight-point lead courtesy of a last-second heave from Sam Hauser. Boston finishes the quarter shooting 8 of 13 from deep.

This one’s been all about the stars as Jaylen Brown leads the way with 13 points and Jayson Tatum has added seven points and three assists.

Giannis Antetokounmpo has six points, which is tied with Jrue Holiday for a team-high total.

5:35 p.m. — Take a moment for Jaylen Brown and one of the best missed dunk attempts you’re gonna see.

Boston is still on fire from deep and Jayson Tatum is up to seven points on 3-of-4 shooting. For the Bucks, Giannis Antetokounmpo has four points, two rebounds and two assists.

Boston’s got 19 points in the first four minutes of game time thanks to 5-of-6 shooting from 3-point range. Jayson Tatum joined the party with a tough triple in transition for his firs points of the game.

4:45 p.m. — Tip-off is nearing and the starting lineups have been submitted:

3:45 p.m. — Giannis Antetokounmpo will be without one of his main running mates. Khris Middleton has been ruled out for the Christmas Day meeting.

Bucks forward Khris Middleton (knee) will not play tonight against the Celtics, per Mike Budenholzer

Celtics vs. Bucks will tip off around 5 p.m. ET on Sunday, Dec. 25. The game will be played at TD Garden in Boston.

What channel is Celtics vs. Bucks on?

Celtics vs. Bucks will air on ABC and ESPN. Viewers can also stream the game on Sling TV.

Fans in the U.S. can watch the biggest games of the 2022-23 NBA season on Sling TV. Stream Sling Orange for $40/month to catch all regular season games on TNT, ESPN & ABC. For games on NBA TV, subscribe to Sling Orange & Sports Extra for $51/month. Local regional blackout restrictions apply.

Here are Boston’s next five games of the 2022-23 regular season:

Here are Milwaukee’s next five games of the 2022-23 regular season: 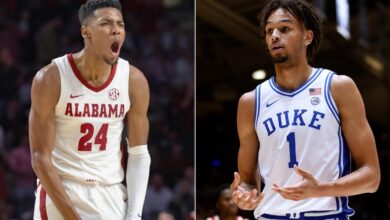 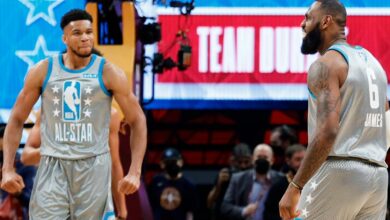 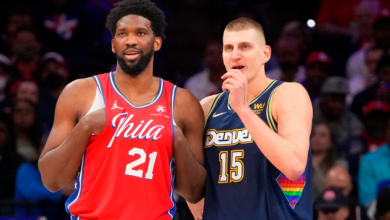 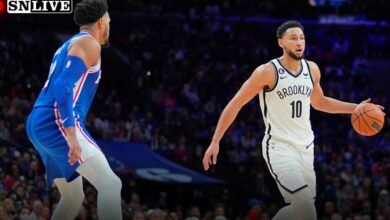 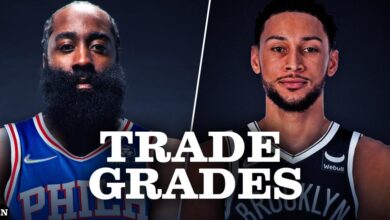 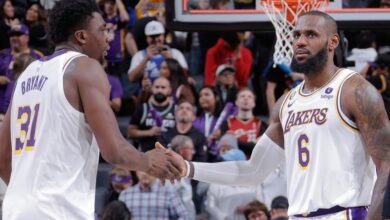