CLEVELAND — Kevin Durant has spent this season shooting up the annals of NBA history, passing Hall of Famer after Hall of Famer.

Up next is Dominique Wilkins at 26,668. This season the Nets star has surpassed Alex English, Vince Carter, Kevin Garnett, John Havlicek, Paul Pierce and now Duncan, an accomplishment even he took time to relish.

“Most definitely,” Durant said. “You want to just show up every day, but at some point you got to celebrate some small wins, just like a win [over the Cavaliers]. It’s cool to celebrate that with your team.

“So my career, to be able to you know pass an all-time great legend, somebody who shifted and changed the game is it’s something that I’ll call my folks about tonight and talk over and just reminisce on how we got here. So it’s pretty cool to do stuff like that and I want to celebrate those small things, but you know, keep pressing forward. I know I got more to do.”

The Nets’ streak of nine straight wins is their longest since 2005-06 and the league’s longest active win streak. It extended their season-best road win streak to five.

Durant and Kyrie Irving have gone over 30 points in the same game five times this season, tying Jayson Tatum and Jaylen Brown for the most in the league.

Joe Harris (left knee soreness) stayed home in Brooklyn and will miss Wednesday’s game against the Hawks. Seth Curry (non-COVID illness) was added to the injury list as questionable, then downgraded to out.

“Joe’s not here with us and he won’t play Atlanta as well. Seth is non-COVID. He is here with us and we’ll see how he feels [Tuesday]; hopefully better,” coach Jacque Vaughn said. “Joe did have an MRI, just showing some soreness and swelling. Yeah, so stay back, hopefully get that swelling out.”

Vaughn was noncommittal about Harris meeting the team for the New Year’s Eve tilt in Charlotte.

David Duke Jr., Kessler Edwards, Day’Ron Sharpe and Donovan Williams were all out on G-League assignment. 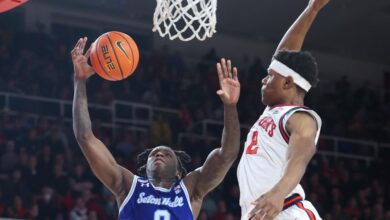 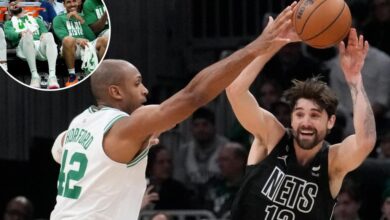