The consensus top Week 17 fantasy waiver pickups and free agent adds might not be the best pickups for your team this week. Sure, you might want to grab Zack Moss, Tyler Allgeier, Royce Freeman, or Justin Jackson just to keep them away from your opponent, but as you prepare your lineup for fantasy football championships, it’s more important to secure the best possible starters. That means potential streamers like Romeo Doubs and Gardner Minshew, who would normally be reserved for free agency after waivers clear around 4-5 a.m. ET on Wednesday mornings in ESPN and Yahoo leagues, could suddenly command waiver priority.

If you need a streamer for your championship matchup, we have you covered with our full free agent list. There are only a handful of worthwhile, widely available QBs and WRs with favorable matchups, but we have quite a few TEs and a boatload of D/STs.  As always, the streamers are grouped by position and can be found at the end of the list, and as a special bonus, we’re highlighting the top streamers at each position at the end of this article.

Again, there’s no need to worry about waiver priority or which potential pickup is the “most valuable.” All that matters is which player makes the most sense for your team. If that means using the No. 1 waiver claim on the best D/ST streamer, then go for it. There’s no tomorrow, so use as many claims as you need to lock in your best lineup and/or block your opponent from getting key players they might use against you.

If your starting lineup is set and you don’t need any streamers, you should at least ensure that you have handcuffs for your key RBs in case something unexpected happens later in the week. Fortunately, no contending teams are expected to rest their starters in Week 17, but you never know when non-contending teams will rule out players because of even minor ailments, so be ready for every situation.

Unless otherwise noted, only players owned in fewer than 50 percent of Yahoo leagues are considered.

Zack Moss, RB, Colts. There was some question as to whether Moss or Deon Jackson would lead the Colts’ backfield this week, but it was answered emphatically after Moss handled 13 touches compared to just three for Jackson. Moss ran effectively, too, posting 65 yards on just 12 carries. There’s no reason to think he won’t lead the way again in Week 17 against the Giants’ 28th-ranked run defense, making him a virtual must-start in 12-team leagues.

Justin Jackson, RB, Lions. With Jamaal Williams (leg) up in the air for Week 17, Jackson could see his role increase dramatically. He’s already been more involved than Williams and D’Andre Swift owners would like, and he would likely see around a dozen touches while splitting time with Swift. Chicago allows the seventh-most fantasy points to RBs, making Jackson a legitimate flex consideration in 12-team leagues.

Gardner Minshew, QB, Eagles. Russell Wilson (@ Chiefs), Brock Purdy (@ Raiders), Mac Jones (vs. Dolphins), and Colt McCoy (vs. Falcons) have better matchups, but Minshew (vs. Saints) likely has the highest floor and ceiling among potential Week 17 QB streamers. He proved he’s more than capable of leading Philadelphia’s offense last week, throwing for over 300 yards and accounting for three total TDs against the Cowboys. He’s expected to start in place of Jalen Hurts (right shoulder) again in Week 17, which is a slightly more favorable matchup than the one he just had.

Khalil Herbert, RB, Bears. Herbert mustered just seven yards on six carries in Week 16, but the most important thing is that he didn’t aggravate his hip injury. He should have better results in Week 17 against a Lions’ defense that was just gashed by Chuba Hubbard and D’Onta Foreman for 290 yards. Consider Herbert a solid flex in 12-team leagues.

Romeo Doubs, WR, Packers. Doubs saw a healthy five targets in his first game back from an ankle injury in Week 15 and followed that up with six in Week 16. With Christian Watson (hip) hurting, he’s a threat for another solid workload in a highly favorable Week 17 matchup against Minnesota. The Vikings allow the third-most fantasy points to WRs, giving Doubs flex upside in all formats even if Watson plays. If Watson is out, Doubs would be a borderline “must-start” in 12-team leagues.

C.J. Uzomah, TE, Jets. C.J. Uzomah has made some big plays lately, but Conklin is still playing over 70 percent of snaps and seeing more targets (four to one in Week 16). He’s the guy you want in Week 17 against a Seattle defense allowing the second-most fantasy points to TEs this year. With Mike White back under center for the Jets, Conklin is the top TE streaming option.

New York Giants D/ST. The G-men logged 17 fantasy points in a massive Week 15 win over division-rival Washington, then sacked Kirk Cousins four times in Week 16. Now, they get Nick Foles on a short week? Even in a rich week for D/ST streamers, the Giants stand out. 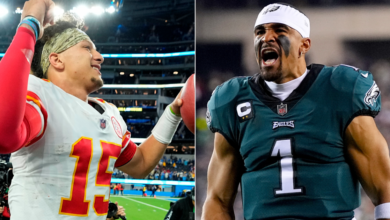 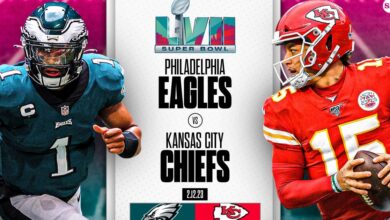 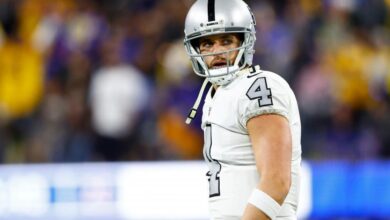