Carson Wentz hasn’t seen much playing time over the past few weeks, with backup Taylor Heinicke taking the reins for the Commanders offense for much of the second half of the season.

With Washington trailing big in the fourth quarter of its Week 16 duel with the 49ers, though, head coach Ron Rivera went back to the Wentz well.

The Commanders swapped Heinicke for Wentz after yet another Heinicke turnover partway through the fourth quarter. It was Wentz’s first appearance since Washington’s Week 6 win over Chicago.

Heinicke had a mixed day against San Francisco, completing 13 of 18 passes for 166 yards and two touchdowns against the Niners’ No. 1 rated defense. Heinicke showed some solid arm strength, hitting Terry McLaurin for a mammoth 51-yard gain, while having a giant Jahan Dotson completion waved away due to a penalty.

In the second half, San Fran’s defense tightened up. Nick Bosa made his presence felt, flurrying the Old Dominion alum on many an occasion. Bosa, one of the presumptive favorites for Defensive Player of the Year, racked two sacks, one of which resulted in a fumble that the Niners recovered.

In the fourth, Heinicke misplayed a pass to Brian Robinson, which ended up in the grateful arms of nickelback Jimmie Ward.

“We called a quick game pass to where I was trying to get Jahan and they rolled a Cover 2, so it turned into go ball,” Heinicke said postgame. “I felt the pocket collapsing on me and I didn’t feel comfortable throwing the ball down the field at that point so I tried to check it down to B-Rob. Just a bad throw.”

That prompted Rivera to make the switch.

And it wasn’t as if the benching came completely out of left field, either.

Breaking: The #Commanders have a plan to bench QB Taylor Heinicke in favor of Carson Wentz if he struggles today during the #49ers game, per @JayGlazer pic.twitter.com/3rxhONwGN3

While Wentz hasn’t played since Week 6, he came in and proceeded to impress, stringing together an 11 play, 82 yard drive capped off with a Curtis Samuel touchdown.

“No one felt like there was going to be any drop off or anything when he comes in there,” Heinicke said in his postgame presser. “He comes in, he puts together a great drive and hits a nice ball to Curtis for the touchdown.”

Wentz’s substitution showcases just how desperate Rivera and the Commanders were for a victory on Saturday. Washington is clinging onto the seventh and final playoff spot. And although Washington will still hold a half a game lead over the eighth and ninth place Seahawks and Lions, respectively, a win would’ve put Rivera’s squad on the brink of nabbing a postseason space.

Rivera felt Wentz gave him the Commanders the best chance of catching up with the Niners. For a drive, he was correct. However, it still remains to be seen who will be leading Washington in the final two weeks of the season.

“It’s tough,” Heinicke said. “I try to not look at it. I kinda just try to roll with the punches. If I’m starting, then I’ll give it my all. If I’m not, I’ll try to be the best backup I can be.”

As far as who will start in Week 17? That remains to be seen.

Ron Rivera says he’ll evaluate the tape and make a decision on if Taylor Heinicke or Carson Wentz will be the starting QB going forward early this week. @wusa9 #HTTC

“It is a strange experience,” Wentz said. “At the same time, I go through it and prepare like I’m playing. … That’s what everyone does in this league.” 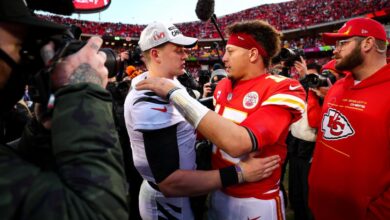 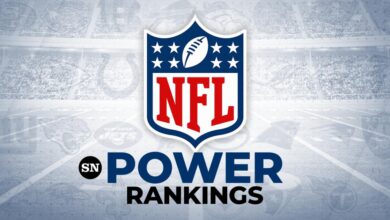