A majority of the players competing at the World Juniors are prospects that have already been drafted. Some, like Canada’s Shane Wright, Brandt Clarke and Dylan Guenther, have already skated in NHL games.

However, for others, the 2023 World Juniors is a prime chance to raise their stock for the 2023 draft. There are a number of high-profile players that most certainly will be one of the first taken off the board come next summer.

When talking about the 2023 draft class, the conversation has to start with Connor Bedard. The Canadian forward is regarded as the top pick at the upcoming NHL draft and has shown no signs of dropping his stock. He returns for Team Canada after winning a gold medal at the 2022 World Juniors.

In addition to Bedard, there are other skaters who will be representing their home country in the Maritimes that are expected to be first-round selections at the 2023 draft. Here is a look at the top draft-eligible players participating in the 2023 World Juniors.

The term “generational talent” gets thrown around probably more often than it should, but that’s what Connor Bedard is. He owns an exceptional shot, smooth skating and has elite hands to pair. He’s ripping up the WHL this year, leading the league in goals (27), assists (37) and points with 64, which is 15 more than the next-highest point producer.

Bedard had eight points in seven games at the summer tournament, and likely will resume his role as a top-line wing for Canada again. In one of the deepest draft classes in recent years, the Canadian sensation is still the bonafide No. 1 pick.

Adam Fantilli took the irregular route of playing in the United States as a Canadian, skating in the USHL for two seasons before joining the University of Michigan this fall. He has shown no issues transitioning to the college level, as the freshman has 26 points in 16 games with the Wolverines. Among all NCAA skaters, Fantilli ranks second in points per game (1.63) and is tied for third in points.

Fantilli’s skating is what separates him from others in his draft class. His movements are fluid, especially for someone listed at 6-2. He has a high hockey IQ and has become a strong two-way center for Michigan. Whichever team misses out on Bedard can’t be disappointed with Fantilli as a consolation prize.

With Fantilli’s stock rising over the summer, it created a “big three” of Bedard, Fantilli and Russian star Matvei Michkov at the top of the 2023 draft. Leo Carlsson is making a very strong case for it to be pushed to four. The 6-3 center has flown up draft boards with his skill and size. Like Fantilli, he’s got a large frame that he uses on the outside, but also has an uncanny ability to slip in and around defenders 1 on 1 using his hands.

Carlsson is up to 14 points in 25 games with Örebro HK in his first full year with the SHL club. Sweden has a deep forward group, but Carlsson is talented enough that he should see middle-six minutes.

It’s been tough to evaluate Dvorsky at times given his limited minutes with AIK in HockeyAllsvenskan, but when he’s on the ice, he produces. The Slovak has eight points in 21 games in Sweden’s second-highest professional league. Dvorsky has a great hockey mind and gets himself in the right places offensively and defensively to make plays.

Dvorsky is making his second appearance for Slovakia at the World Juniors. The center played in all four games for the Slovaks in the summer, recording a goal and an assist. With Slovakia gearing up to be a much better team at the 2023 tournament than in 2022, Dvorsky, who is a top-10 candidate for the 2023 draft, will have an opportunity to produce more.

Sale is a pure offensive dynamo. The sharp-shooting Czech loves to have the puck on his stick, and it’s shown on the scoresheet. Sale had four goals and six points in five games at the Hlinka Gretzky Cup this past summer with Czechia’s U18. The winger is playing his first full season in the Czech Extraliga with HC Kometa Brno.

There are certainly some things Sale needs to improve on, including his off-the-puck play. But his offensive skill makes him a tantalizing prospect and a borderline top-10 pick at this point. While Czechia has more returners than any other team at the World Juniors, there should be a top-six spot in their lineup for Sale.

In my opinion, no one’s draft stock has risen more than that of Axel Sandin Pellikka. The offensive-minded defenseman disappointed last season but has taken a step forward in the 2022-23 season. He has 26 points in 20 games at the junior level with Skellefteå AIK J20 but also has played in 14 games with Skellefteå AIK’s SHL club, where he has registered five points.

Sandin Pellikka is poised with the puck, with a slick set of hands and a knack for escaping pressure. Sweden’s blue line is missing a number of top contributors, so despite being the youngest on the roster, there could be an opportunity for Sandin Pellikka to receive more minutes if his play dictates so. 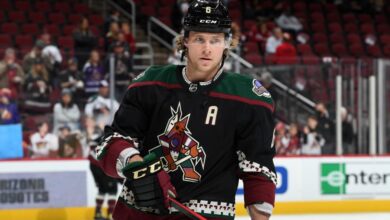 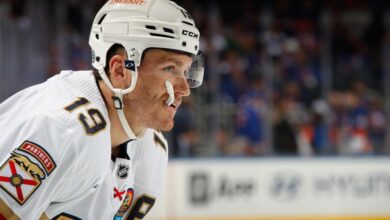 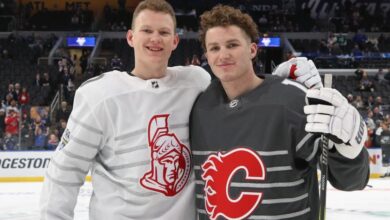 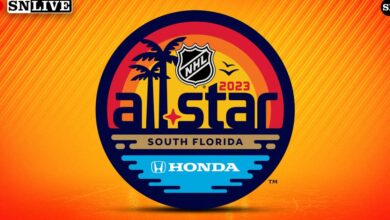 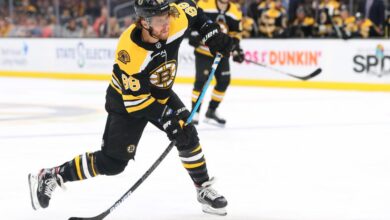 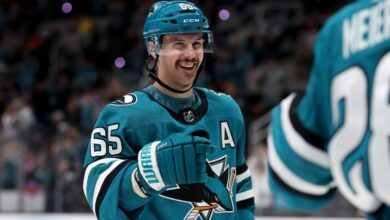