The defines dementia as a “syndrome in which there is deterioration in cognitive function beyond what might be expected from the usual consequences of biological aging.”

Modifiable for Alzheimer’s disease (AD) and related dementias include obesity.

Yet previous research on body weight changes has not examined how patterns of weight gain, stability, or loss may predict dementia risk — until now.

A recent study found that patterns of weight gain during midlife followed by weight loss were associated with increased dementia risk.

The findings were recently published in .

For the study, researchers analyzed data from the Framingham Heart Study, in which participants were followed for 39 years, and their weight was measured approximately every 2–4 years.

They compared weight patterns (stable, gain, loss) between those who developed dementia and those who did not.

The findings revealed that a decrease in body mass index (BMI) was associated with an increased risk of dementia.

Upon further investigation, however, the researchers discovered a subgroup with a pattern of increasing BMI during midlife, followed by a decrease, which was particularly linked to the association between decreasing BMI and dementia.

Dr. David A. Merrill, Ph.D., a geriatric psychiatrist and director of the Pacific Neuroscience Institute’s Pacific Brain Health Center in Santa Monica, CA, not involved in the study, said the relationship between BMI and dementia risk is complex.

“Initial early mid-life rise in BMI followed by declining BMI in later mid-life is associated with a higher risk of dementia,” he told Medical News Today.

“These findings reinforce that adopting healthy diet and exercise habits in early midlife may ultimately be protective against [the] development of late-life dementia.”

Dr. Merrill added that prior studies showing higher late-life BMI were associated with lower rates of dementia are now understandable.

“Timing matters, he said. “In late life, dropping BMI may be driven by neurodegenerative brain changes rather than by healthy habits.”

He noted that disease-related weight loss is different than maintaining a healthy weight — which may include weight loss — through improved diet and regular physical activity.

“The Framingham Study has been critical in demonstrating the strong connection between body health and brain health. We now know that our personal efforts to maintain stable health throughout midlife by following a healthy diet, exercising, and managing vascular health factors like blood pressure and high cholesterol will result in more successful brain aging in later life.

Dr. Paul E. Schulz, a neurologist with UT Health Houston and Memorial Hermann-Texas Medical Center, not involved in the study, noted that research has already established a link between middle-aged obesity and increased dementia risk later in life.

But he added that the Framingham Heart Study garnered different findings than previous studies on weight patterns and dementia risk.

“[Whe Framingham Heart study] found that a decrease in BMI (weight-to-height ratio) was associated with an increased risk for dementia,” Dr. Schulz said.

Dr. Schulz said that determining the implications for dementia risk for the general public is complex.

“It is difficult in the face of all those studies to take this one study suggesting that weight loss is associated with greater dementia and conclude that we should support obesity. There are a few reasons to be cautious about concluding that increasing weight is good for you.”

Dr. Schulz noted that it’s important to consider the research findings were an association, not a prospective study.

“Association studies do not have the power of prospective studies to identify cause-and-effect relationships. What if more sickly persons lose weight? Because they are [sick], they are at risk for dementia. Hence, it isn’t the weight loss that causes dementia, but another factor, i.e., [the illness], that causes both weight loss and dementia.”

“Dementia often causes a reduction in the senses of taste and smell years before the onset of dementia. As a result of food tasting less well, a person eats less and loses weight. In this case, weight loss is a sign of dementia rather than causing dementia.”

He added that changes in taste and smell can occur up to 20 years before the onset of cognitive changes.

“Hence, weight loss years before developing cognitive changes can actually be caused by dementia,” Dr. Schulz explained, emphasizing that this is a novel and unexpected result.

Until the current research is either confirmed or contradicted, Dr. Schulz said maintaining a healthy weight by following a balanced diet and committing to a healthy lifestyle may help reduce the risk of dementia.

“My personal thought is to continue to eat healthy to reduce risk factors we know for dementia (high blood pressure, high cholesterol, etc.) and continue to get physical and mental exercise, which also reduce the risk for dementia,” Dr. Schulz said.

He wasn’t involved in the new study, but he told MNT that maintaining a healthy BMI during midlife or losing weight to achieve a healthy BMI is associated with a lower risk of dementia later in life.

“This facet of one’s health and lifestyle habits, and perhaps others, impact how likely we are to develop brain disease in late life. These findings also mean that improving health and lowering cardiovascular risks by losing weight in midlife is also effective at lowering dementia risk. For example, if you are 45 and overweight, losing weight now can reduce your risk of dementia when you’re 75. We regularly recommend improving cardiovascular health and minimizing risk factors to reduce dementia risk.” 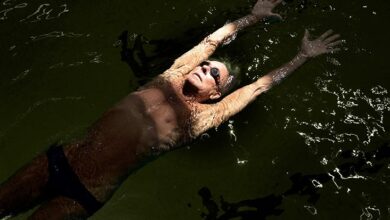 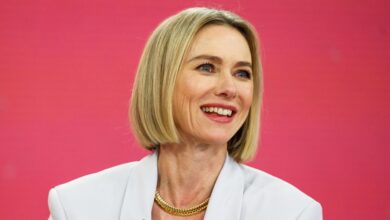 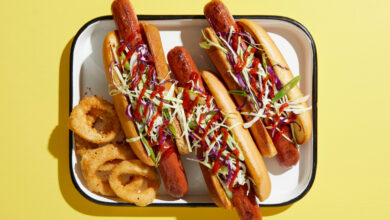