Several children’s hospitals in the U.S. have detected increases in invasive group A strep infections, a severe and sometimes life-threatening illness that occurs when bacteria spreads to areas of the body that are normally germ-free, such as the bloodstream.

Children’s hospitals in Arizona, Colorado, Texas and Washington told NBC News they are seeing a higher-than-average number of cases this season compared to past years.

Dr. James Versalovic, pathologist-in-chief at Texas Children’s, said his facility — the largest pediatric hospital in the U.S. — has seen “a greater than fourfold increase” in potentially invasive infections in the last two months relative to the same time period in 2021.

Texas Children’s recorded around 60 of these cases in October and November, he said.

In the U.K., at least 15 children have died from invasive group A strep since mid-September. The U.K. Health Security Agency said in an advisory last week that cases tend to rise sharply in the new year but appear to have spiked earlier than expected.

The Centers for Disease Control and Prevention, meanwhile, said it is “hearing anecdotes from some U.S. doctors of a possible increase in [invasive group A strep] infections among children in the United States,” and is “talking with surveillance sites and hospitals in multiple states to learn more.”

Group A streptococci is the same bacteria that causes strep throat, as well as skin conditions like scarlet fever (a red rash that feels like sandpaper and can resemble a sunburn) and impetigo (red, itchy sores with yellow scabs).

Some people with invasive group A strep may develop those conditions as well, but in many cases the first sign of invasive strep A is a secondary infection like pneumonia or flesh-eating disease.

“These are cases beyond an ordinary strep throat,” Versalovic said.

An invasive infection can trigger the following:

Lower airway infections like pneumonia or empyema, which is characterized by pockets of pus in the fluid-filled space surrounding the lungs. Early signs of such infections include fever, chills, difficulty breathing or chest pain.

Anyone can get invasive strep A, including healthy adults, but people over 65 and those with chronic illnesses are more susceptible. It’s not yet clear why hospitals are seeing an uptick in cases among kids in particular. The CDC said it may be related to the rollback of Covid mitigation measures and the current surge of respiratory viruses like flu, Covid and RSV.

“Oftentimes, kids who develop severe group A strep infections will start out with having a viral respiratory infection,” said Dr. Sam Dominguez, an infectious disease specialist at Children’s Hospital Colorado and professor at the University of Colorado School of Medicine.

The CDC said it observed decreases in these infections across all age groups during the last two years.

Is it Covid, flu or RSV? A chart compares the most common symptoms of each virus

Covid hospitalization hot spots across the U.S., in five charts

At Phoenix Children’s hospital, cases have been rising since the end of October or early November, according to Dr. Wassim Ballan, division chief of infectious diseases. But he said the condition is uncommon compared to RSV or flu.

“Even though we’re seeing that this is an uptick in cases, the absolute number itself is not huge,” Ballan said.

Unlike RSV and flu, which tend to pose the most serious threats to very young children, doctors said they’re treating kids of all ages for invasive group A strep right now.

“We had a fairly sick teenager last week who came in with kind of a sepsis presentation and was in the ICU on a ventilator for a few days, and then had a fairly rapid recovery and is doing very well,” Vora added. “That’s probably the most severe case that I have seen.”

But children’s hospitals in several other states — California, New York, Illinois and Minnesota — said they have not detected any increase in invasive group A strep.

Parents worried about their children’s health should consider seeking emergency medical attention if the child is sleepier or more lethargic than normal, has trouble eating or drinking, or is overly dehydrated and not producing urine, Dominguez said.

Vora suggested that as a general rule, “if your kiddo is not acting right, seems to have symptoms that are worse than just an average cold or lasting longer than a couple of days, then it’s worth having them checked out.”

It’s important for kids with strep to get care right away so they can start taking antibiotics like penicillin. After 24 hours on antibiotics, a patient usually stops being contagious.

“The sooner you get someone on antibiotics appropriately, the quicker they’ll recover,” Dominguez said. 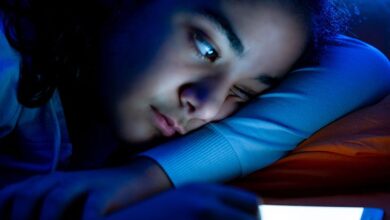 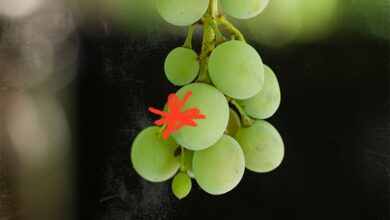