A recent series of papers published in The Lancet explores the ways in which racism impacts the physical and mental health of people all over the world, and the mechanisms by which it does so. The COVID-19 pandemic exposed many of these inequities, and may even have exacerbated them.

When acknowledging the impact racism can have on health, it is important to remember that less than a century ago racist ideas were given legitimacy by scientific and medical communities in Western countries.

While Charles Darwin is held up as a symbol of rationality and scientific progress, it is important to note that his theory of evolution by natural selection in the Origin of Species published in 1849, was appropriated by eugenicists.

Eugenicists for the selective breeding of humans with the aim of improving the heritable traits in a population.

Originally, these ideas claimed that people on low incomes had lower mental capabilities and morals, and that preventing these people from being able to reproduce would prevent these traits from being passed on, allegedly improving the human gene pool.

These ideas were quickly applied to preexisting ideas of racial categories of humans, with impacts on the health of people of different racial and ethnic backgrounds, which we are still seeing today.

This is just one of the topics highlighted in a recent series of papers published in , which explores the role racism has played in health outcomes globally.

Written by a group of scientists at University College London in the United Kingdom, the papers explore the different ways in which racist ideas and practices have infiltrated science and medicine and caused harm. Racism, they state, is a threat to public health.

To drive the point home, the authors explain that their own workplace, University College London, was once the home of “racist pioneers” and Karl Pearson, whose work started to document human differences in an attempt to categorize certain traits.

Some scientists and theorists have applied these ideas to the concept of humans belonging to different races that had existed for over 100 years prior to that, which had been used to uphold first colonialism by Europe of other countries, and then neocolonialism.

The series of articles goes on to provide numerous examples of people being mistreated by doctors and scientists for racist and xenophobic reasons, from the in Black men, through to more recent COVID-19 vaccine inequity.

It also explores the reasons why scientists worldwide upheld the notion of “othering” some groups for so long, and why they were able to do so for so long.

When asked by Medical News Today why the series was being published now, lead author Prof. Delanjathan Devakumar, professor of global child health and honorary consultant in public health at University College London told us in an email that there was no particular reason to publish the series now, as the problem is long-existing and ongoing.

“The simple answer is that it does not need to be now. We have always had racism. But there have been changes in the last decade or so, with the rise of populist and divisive politics around the world that scapegoats groups and can lead to real and sometimes devastating consequences.”

The COVID-19 pandemic both exacerbated and revealed much of the divisive politics that define our era, as well as the inequities racist politics can cause.

Black, Hispanic, Asian, American Indian, and Pacific Islander people have been disproportionately more likely to become infected with SARS-CoV-2, or die from the infection in the United States to date. This trend continued globally.

These differences were picked up quickly, and research into their causes was initially inconclusive. While socioeconomic factors and comorbidities explained some of the differences in infection and death rates that were observed, they did not explain all of them, and theories abounded.

One of the most contentious theories that arose initially blamed skin color, claiming that vitamin D deficiencies were to blame for the higher infection and death rate in people of color living in areas where deficiency was prevalent among these groups. This notion has since been disproven.

One doctor who carried out research in the earlier days of the pandemic into these racial inequities was Prof. Ladan Golestah, a professor of nephrology at the Albert Einstein College of Medicine working in the Bronx during the first surge of COVID-19, in the spring of 2020.

She told MNT in an interview: “I think we were kind of struck by how overwhelmingly it kind of […] took over all of our realities. And I think part of the problem was there was so much death, honestly […] So many bad outcomes [resulted] out of that initial COVID surge that we were, we felt, powerless.”

She, along with her colleagues decided to use the data they had available to try to “lay bare what was happening and what was behind it.”

Their research eventually appeared in eClinical Medicine, and showed that all-cause mortality rates were 60% higher for Black people than white people during the first COVID-19 surge, and this was “incompletely explained by age, multiple reported comorbidities and available metrics of sociodemographic disparity.”

Looking back, she says she realized what was “hidden in plain sight” was the scale of undiagnosed comorbidity which led to much worse health outcomes for Black people.

This was due to a lack of access to healthcare due to the financial barriers which were disproportionately experienced by this group.

COVID-19 had in turn resulted in more trauma, and physical damage to these groups of people, further exacerbating those inequities. The introduction of telemedicine also exacerbated some groups’ ability to access healthcare, she explained.

However, even where some financial barriers to healthcare access were removed, for example for National Health Service (NHS) patients in the U.K., the COVID-19 pandemic revealed other barriers.

In the U.K., People’s COVID Inquiry, run via the NHS campaign Keep Our NHS Public, heard back in March 2021 that the initial responses to COVID-19 infection in people of color were inadequate.

Lobby Anikola, of the COVID-19 Bereaved Families for Justice group, told the People’s COVID Inquiry — 57 minutes into the video — that “there were many inequalities that people were already aware of, and now these inequalities are costing the lives of people of color.”

“There is also the concern of how appropriate [and] how able the medical service are to diagnose and treat medical conditions in Black bodies,” says Anikola.

In his statement, he points out that when calling emergency helplines during the first wave of COVID-19, people were asked if they had “blue lips,” a symptom of lack of oxygen in the blood in white people, but one that is less obvious in people with darker skin, meaning that many remained at home when they needed to seek urgent medical treatment.

Pulse oximeters had also been shown to fail to pick up hypoxia in people with darker skin, as they had been designed for use on white people, a study published in BMJ showed.

The COVID-19 pandemic is a global issue, and the inequities have not just been felt by people of different ethnic and racial backgrounds who live in the U.S. or Europe, but also by individuals living in low- and middle-income countries.

While the health systems of wealthy countries had been overwhelmed by the first wave of COVID-19, their wealth meant they were much better placed to design, develop and make vaccines to target the SARS-CoV-2 virus.

Large-scale vaccine campaigns took place in the U.S. and Europe, but low- and middle-income countries were left behind.

In 2021, the World Health Organization (WHO) set a target for coverage by mid-2022. As of June 2022, only 58 of WHO’s 194 member states had achieved this, and just 37% of healthcare workers had received a complete course of primary vaccination in low-income countries.

“There was hoarding by the North American and Western European countries,” Dr. Peter Hotez, co-director of the Center for Vaccine Development at Texas Children’s Hospital, told MNT.

“That was one issue. The second issue was there was an upstream science policy failure, providing too much emphasis on speed and innovation, and not enough downstream to be able to make vaccines locally in low and middle-income countries,” he noted.

The world had “paid heavily” for this mistake, as it opened the door for new virus variants to emerge, he argued.

“Delta arose out of an unvaccinated population [in] early 2021. And then Omicron — it emerged from an under-vaccinated population in Africa, later in 2021. And so it got into this mess that we’re in today. So, vaccine equity is not simply a question of equity, [it] is fundamental to pandemic control,” explained Dr. Hotez.

Not all was lost however, he said, as there is now an opportunity to ensure that vaccine equity is achieved for low- and middle-income countries for vaccines for emerging variants, he suggested.

He is not the only one to point to potential opportunities to improve the situation. While health inequities due to race, xenophobia, and colonialism are stark, some feel the recent focus on the issue has highlighted areas where improvements could be made.

“On a more hopeful note, I think, you know, having reckoned […], as a society, with COVID-19, and with those things, and seen them I think we are in a better position. I can build on that, […] try and build on that recognition, and design our health systems to become more equitable, and as a result, better for everyone.”

The Lancet series itself argues that if policy based on racist structures got us into the current situation, then appropriate, well-designed health policy could get us out of it, and eventually remove racial health inequities.

As Dr. Hotez added: “Remember, COVID-19 is our third major coronavirus pandemic of the 21st century, we’ve had SARS and MERS. And now COVID-19.” Other epidemics or pandemics may emerge soon, he believes.

In this context, “[w]hat we really need to address is equity, and not only to have equity but recognize that it’s essential to global public health preparedness,” said Dr. Hotez.

“I mean, often it’s framed purely as humanitarian grounds, which of course, is important in our motivations at our labs. But it’s not only a humanitarian gesture, it’s far more than that it’s front and center of pandemic preparedness.” 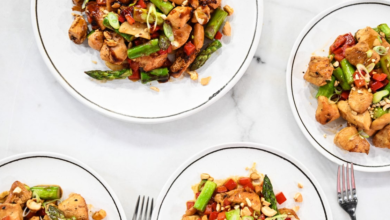 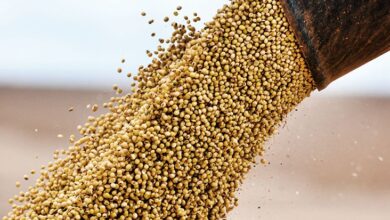